Tylers Hall was packed out for the Winter concert with 120 students were involved, 110 students were supported by students backstage and front of house. Jack Copper did his usual marvellous job of setting up equipment before the concert and technical support on stage. Zeni Pun was our excellent host introducing each performance with enthusiasm keeping the audience engaged as we set up equipment for each performance.

We had outstanding solos from Year 11 students Jineth, Chamod and Khalid, small ensemble performances from the Year 9 and 10 GCSE music students and a group of Year 12 students. The Kingsbury Ensemble continues to grow with new students joining us this term and they are playing much more challenging music. The audience also did well joining in with ‘We Will Rock You’. The highlight of the evening was all 110 students playing and singing ‘Eye of the Tiger’ together as a finale of the concert. All the students involved should be incredibly proud of their contributions to the concert. It was a real team effort demonstrating the creativity, talent and hard work of our students

We kicked off our concert programme for the year with a Friends and Family concert on Thursday 31st October.

The concert was a delight with no tricks, and a programme of treats from students ranging from Year 8 to Year 11. The concert included solos and small groups with students playing a range of styles of music on a range of instruments.

Our next concert is the Winter Concert on Thursday 5th December 6-7pm in Tylers Hall. Please do come and support our students and join us for the concert.

We held our last highly successful Friends and Family Concert of this year.

We had a range of performances from soloists which included among other instruments guitar, violin and vocals followed by great excitement in the room when our KHS orchestra also stepped up onto the stage. The quality of all of the performances was outstanding, our best Friends and Family Concert to date.

Please join us on Thursday 27 June for the Summer Concert.

Over 100 students from years 7 to 11 performed during the Winter Concert to a packed out Tylers Hall.

We had a range of performances from the department ensembles including a choir of over 40 students led by Miss Kvaerndrup and two different guitar groups led by our guitar teacher Mr Slatter. Students have been working hard putting together and rehearsing their own bands. Pieces performed include Love Yourself, Believer and Seven Nation Army. The concert finished with a performance of Mambo Groove, one of the pieces from last years 7Up project. 56 students took part in this performance, filling the stage.

The summer concert will take place on Thursday 27th June.

The music department has had a busy term rehearsing and performing for several concerts. During the term we launched the new Friends and Family Concerts, of which there have been two so far, one in October and one in November. They take place at 4pm in the Drama studio and provide a performance platform for students of all abilities to perform in an informal environment in front of their friends, families and each other. Performances have included ensemble work students have been learning and composing in curriculum lessons, GCSE solo performances and solo performances students have been working on with their instrument teachers. Students from all year groups have taken part.

In September the year 10 class worked with professional musician and composer Laurel Swift and a group of professional singers. They performed pieces to our students from Travelling with Thomas, which is a project exploring and developing a folk musical. The students wrote new verses for one of Laurels songs which the singers learnt in record time and performed. We will be welcoming Laurel back into school in the new year for the final two phases of her project.

In October our singing teacher Miss Kvaerndrup opened up her choir rehearsal to other students for an informal concert. It was great to see Room 43 filled with students keen to hear their friends perform and for our singing students to practice performing the pieces they have spent a lot of time rehearsing.

On Thursday 30th November we our held our Winter Concert in Tylers Hall, with 30 students performing from different year groups. The concert was a showcase for our growing and blossoming ensembles and included guitar groups, choir, samba drumming and our newly formed Kingsbury Ensemble, along with some outstanding GCSE students performing solos. We ended the concert with Three Little Birds performed by the Beginner Guitar Group with students and their families singing along. 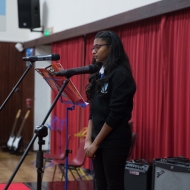 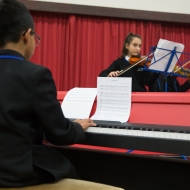 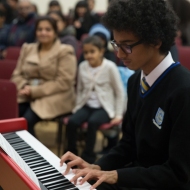 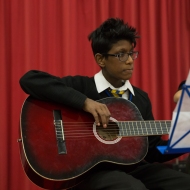 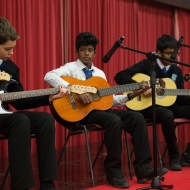 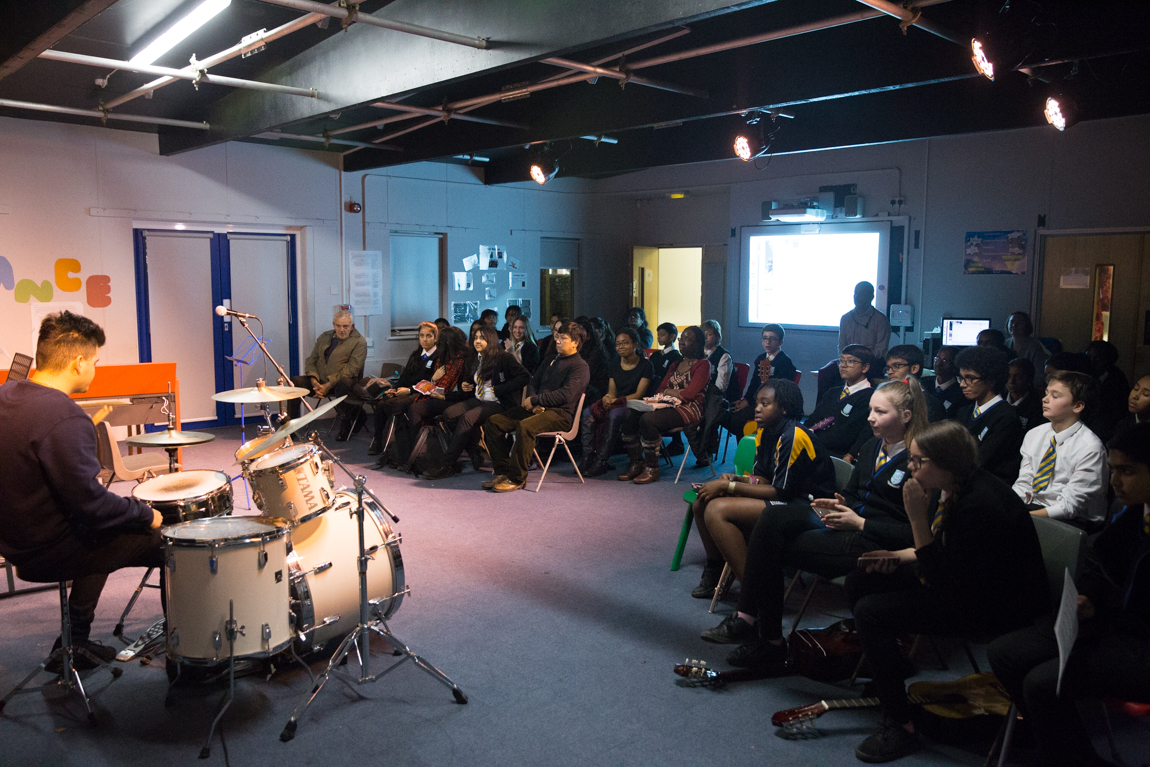 We had a full house for the second Friends and Family concert of the year which included 26 performers from all year groups across the school. The music ranged from compositions written in lessons to GCSE and A level solo performances with the school Choir opening the concert. The music department is incredibly proud of all of the musicians who performed.

The next concert is on Thursday 30th November in Tylers Hall at 6pm and it will feature our school ensembles.

The Music Departments Friends and Family Concerts are an informal opportunity for students to perform to their peers, friends and family in groups and as soloists. All students are welcome to perform and we heard a range of performances from across the school. Performances included the year 9 GCSE class ensemble, Simran and Kirusana performing Buffalo Soldier a piece they have learnt in their year 7 Music lessons and the Year 12 A level students performing solos. We heard pianos, guitars, ukuleles, vocals and the drum kit.
The next Friends and Family Concert is on Wednesday 15th November at 4pm and the Winter Concert is on Thursday 30th November at 6pm. The Winter concert will feature the departments ensembles. 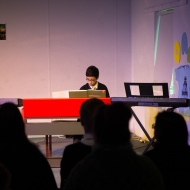 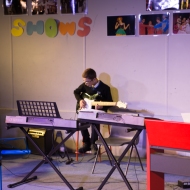