Over the last three weeks, KHS TECH® Club members have been building their LEGO® interpretations of the Mars Curiosity Rover, currently eating up Mars rock. Please vote for your favourite at: http://techkhs.wordpress.com/ 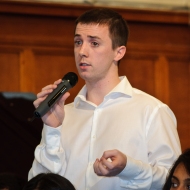 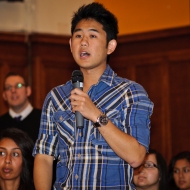 On Tuesday 25th September 2012, Kingsbury High School (KHS) hosted an Aim Higher Workshop for Year 12 students which was presented by 34 former students and two staff members of the school. KHS alumni, from 2001 to the present, spoke of their experiences at universities including Cambridge, Imperial College, London (King’s, LSE and Queen Mary), Durham, Warwick, Keele and York. Presenting a wide spectrum of careers, we heard from employees of Ernst & Young, the BBC, Sony and Nomura Bank; learned about internships at Microsoft and the Bank of England; and received some business wisdom from two entrepreneurs. There were also presentations on gap year and study activities abroad, together with a focus on extracurricular opportunities from representatives of Debate Mate and Pure Potential, two social enterprises dedicated to helping state school students to develop new skills and reach their work and study aspirations.

We were also very fortunate to welcome back students who have bright futures in the performing arts. Hard-working recording artist, V.A.S, delighted the audience with a short lively set, showcasing recent releases (his video for the track ‘Space Invader’ can now be found online), and singer/songwriter Sheena Evans performed two songs, including one written only the day before the event, revealing the range and power of her fantastic voice. To top this line-up, the school’s Creative & Performance Manager, Erik Windrich played a track that had achieved great success in South Africa and showed how it had subsequently been used in films and television advertisements.

The event attracted a great deal of positive feedback from Year 12 students, who were keen to meet and speak to the alumni after each session. The organiser of the event, Mr Mitchell, was very pleased with the workshop: “I am so grateful for the support and goodwill I have received from our alumni in making this event special for the Year 12 students. The aim of the event was to encourage and inspire our students to aim higher and having the former students there sent a clear message: you can ‘make it’ to your chosen career or university if you work hard enough and show sufficient interest and determination.”